This week I worked on a variety of areas in the engine.

First I started on a system for structure generation and rendering. Right now it uses a template system to build a castle with an instance render for each brick. Something more clever will be needed going forward, but I was able to drop a (somewhat bland) castle into the Alluvial world. 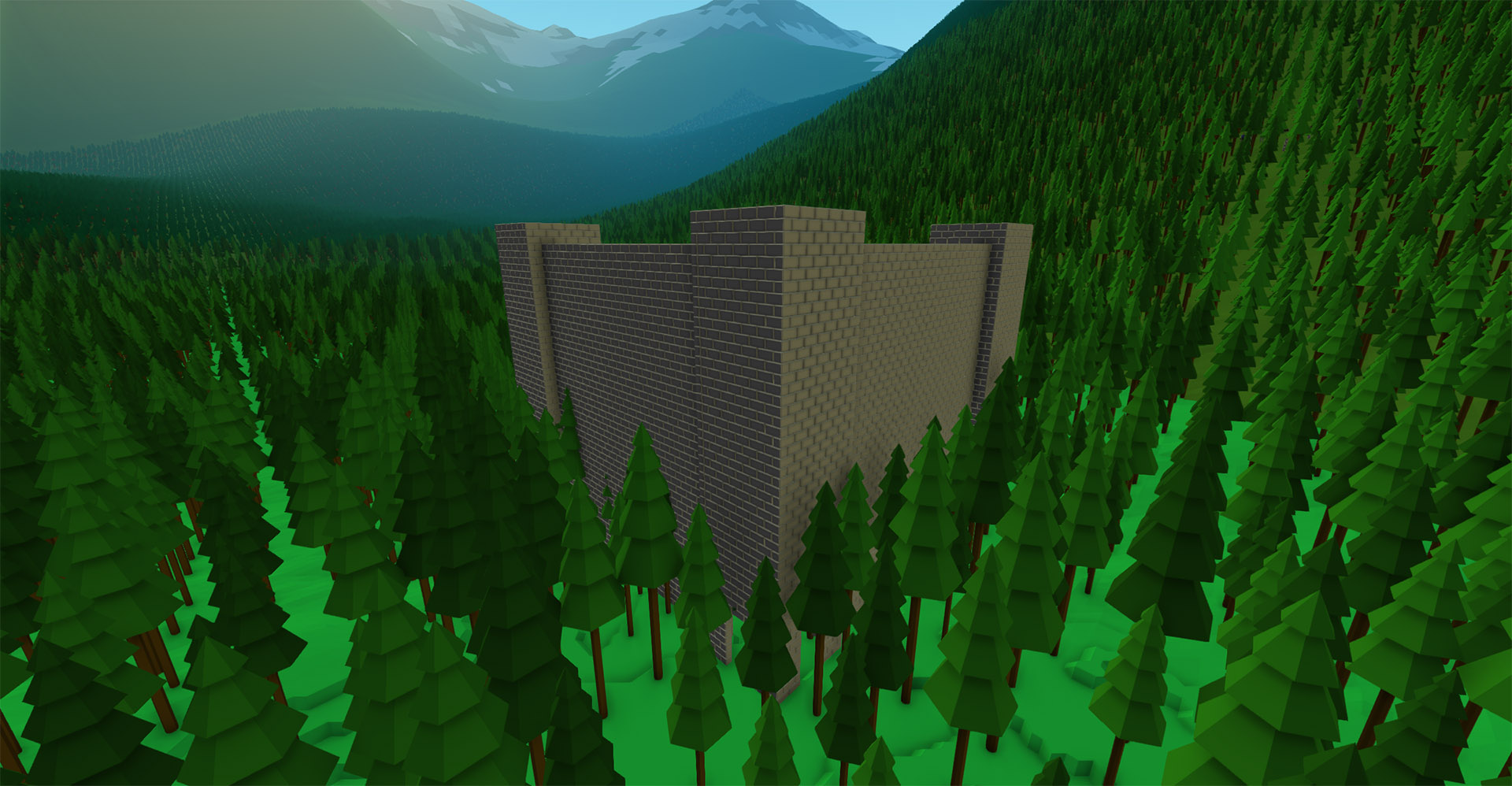 Still need to amend the forest generation to get rid of those clipping trees.

Speaking of trees, I some experiments with a new procedural tree generation. I was able to make a more densely polygonated representation of a pine tree, but found it much too busy to replace the existing forest with. When I get around to supporing multiple tree types in the forest renderer I will probably sprinkle in a few of them. 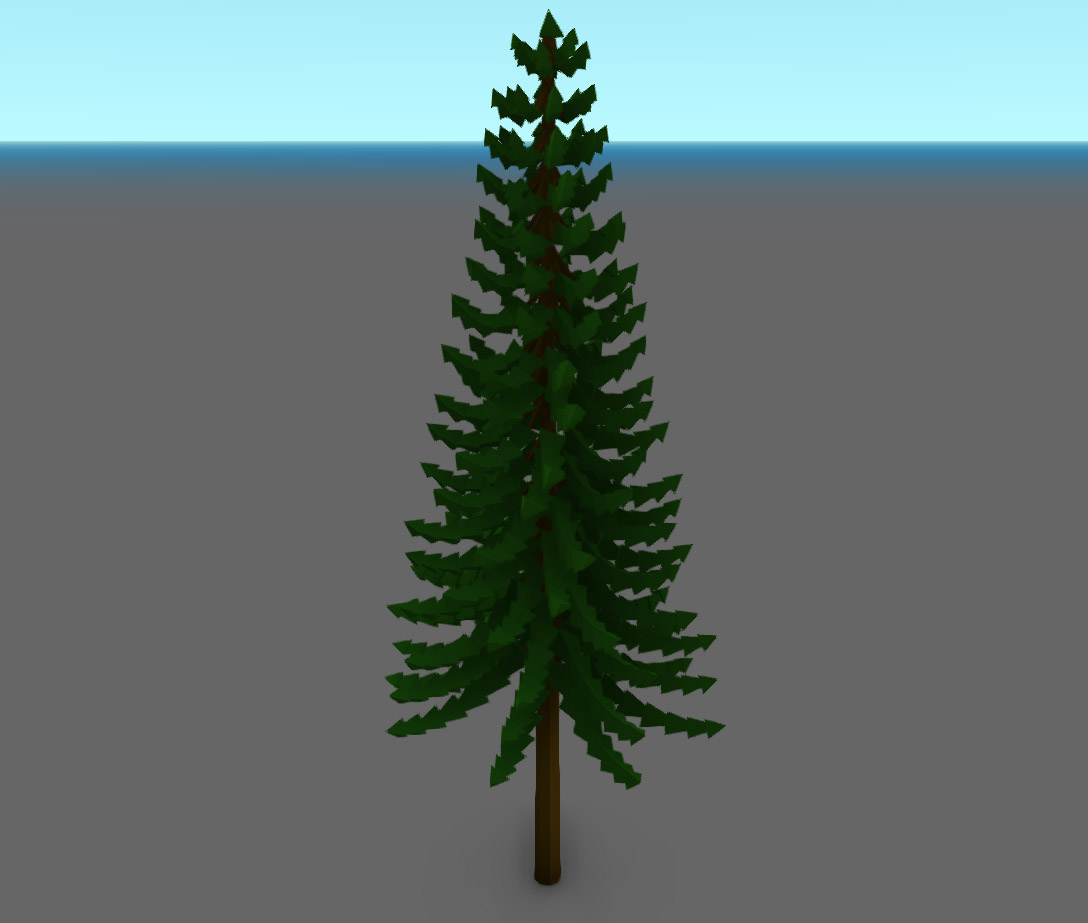 The other work I did on the forest system included a way to add slight color variation between instances. You can see the effect in the castle image above. Ignore the obvious aliasing issues in the left side of the image - the hash function needs a little work.

The final new feature for the week is a walk animation for the character. This mostly involved some light repair work on existing skeletal animation code in the engine. It’s a little hard to show in an image but the character’s legs now jerk around in an animation that vaguely resembles walking. 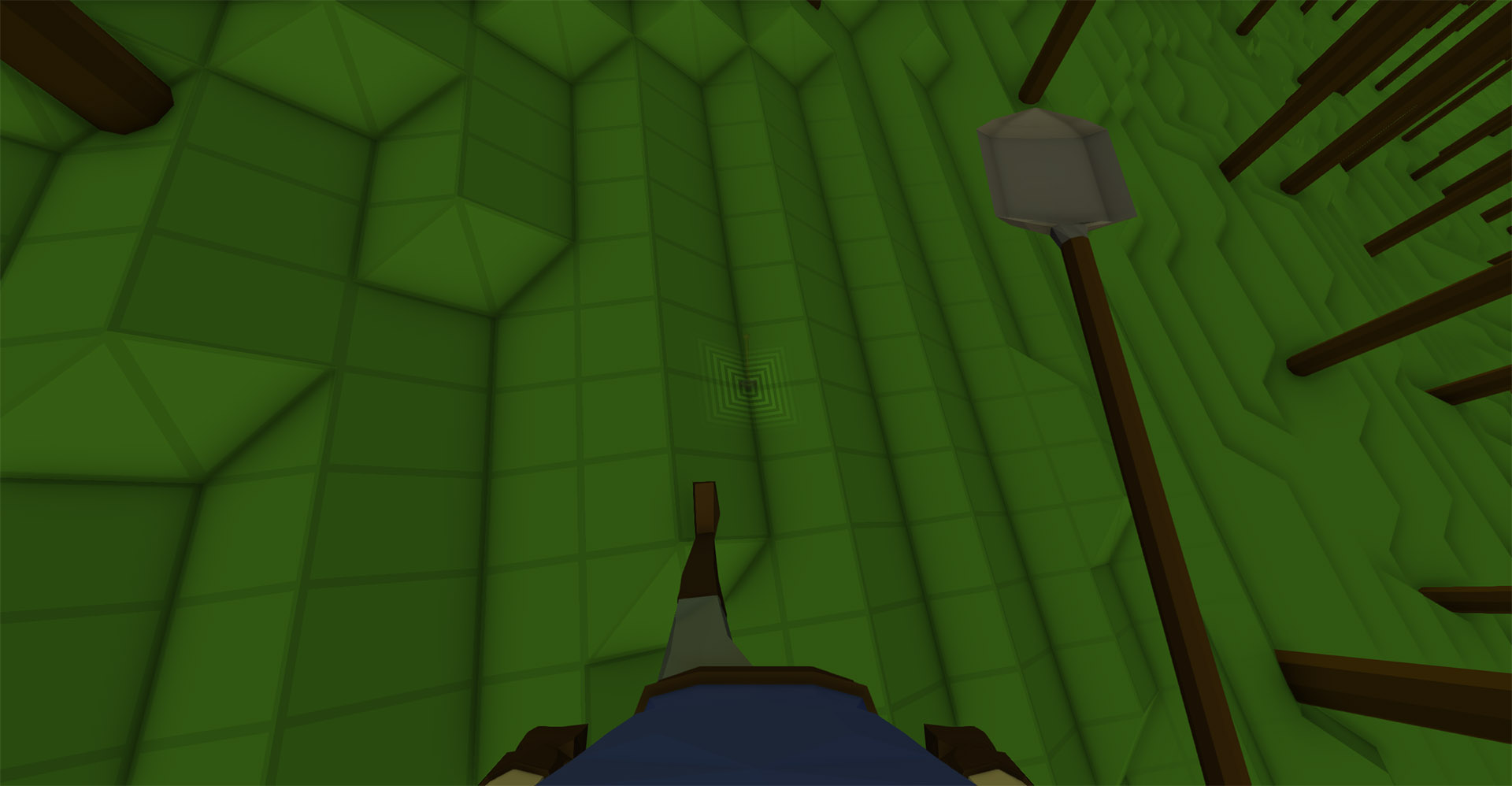